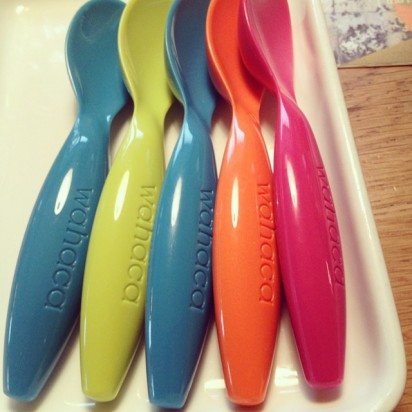 Mexican ‘street food’ chain Wahaca has brought back its New Year Spoon Amnesty, where it rewards anyone who brings back one of the 4,000 spoons it says have gone missing in the past year with a free order of tacos.

For the chain’s honest customers, who would never stoop to stealing a spoon, it is offering a free year’s supply of tacos as star prize in a Spoon Cartoon competition. Diners just need to eat at Wahaca and then sketch and share their cartoon with the hashtag #SpoonCartoon for the chance to win.

Wahaca’s Mexican spoons are ergonomically designed and apparently appeal to customers so much that more than 30,000 have gone missing in the past six or seven years. The chain, which was co-founded in 2005 by Master Chef winner Thomasina Miers, has been running its spoon amnesty since 2012. Apparently, it gets back about 100 spoons a year.