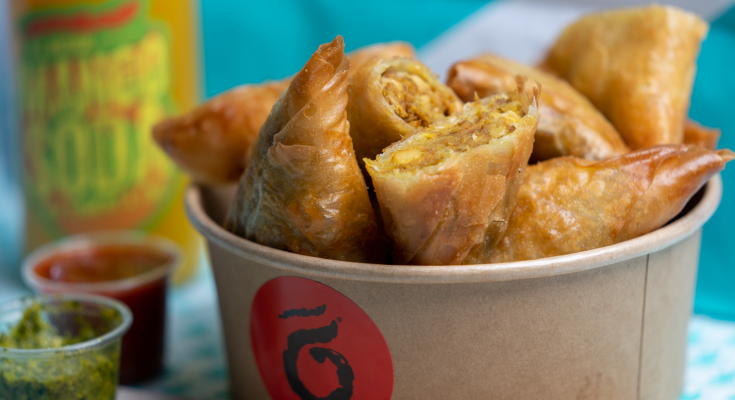 Apr 10, 2019, 12:23 pmComments Off on Deliveroo celebrates National Samosa Week with its new Samhaji

To celebrate National Samosa Week Deliveroo has been secretly working with Rola Wala for months to perfect the ultimate savoury hybrid dish: The Samhaji.

Available exclusively for delivery on Deliveroo from 8th April, the Samajhi is a modern-day mash-up of a classic that has remained unchanged since the 14th century.

The Samhaji, is a delicate blend between a samosa and an onion bhaji that was put into development after data revealed the samosa and onion bhaji occupied the top two positions on the UK’s most loved appetisers.

The triangle-shaped treat originated from the Middle East and has evolved into the snack we all know today.This collaboration will bring the dish up to date with this fusion made with Indian ingredients and spices such as, crispy onions, chilli, turmeric, and lamb all parcelled in a classic samosa pastry. Rola Wala will be producing a vegan version, using their famous Red Dal – a spice-fuelled favourite loaded with lentils, beetroot, and a secret seven spice masala.

Brits have long embraced Indian cuisine, in fact there has been a recent surge of Indian restaurants on Deliveroo with cities such as Manchester, Bristol and Birmingham having the most orders from Indian restaurants.

It’s not the first time Brits have adapted an Indian favourite; the Balti was famously invented in 1960’s Birmingham and the Tikka Masala is believed to have Glaswegian origins.

The dish will be available for £1 with any meal during National Samosa Week via Rola Wala exclusively on Deliveroo before the recipe will be shared on the Deliveroo blog making it completely “open-sauce”.

The updated, unique Samhaji adaption is trademarked exclusively for Deliveroo customers and is adapted for everyone to enjoy. The samahji will be available exclusively from London restaurant Rola Wala on Deliveroo for one week only.

Mark Wright, Co-Founder of Rola Wala, said: “Two classic Indian street foods smashed together – the end result is a samosa that’s delicious and light, and the spicing just right! We’re teaming it up with our Bombay Chutney dip with every meal sold on Delivery this week.”

Joe Groves, Head of Consumers Comms at Deliveroo, said: “The appetisers are arguably the best part of an Indian takeaway and very clearly a firm favourite for our customers across the UK. So, what better than an infusion of Britain’s two favourite Indian appetisers”. 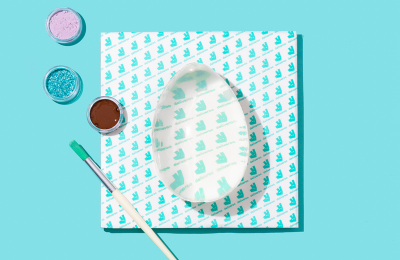 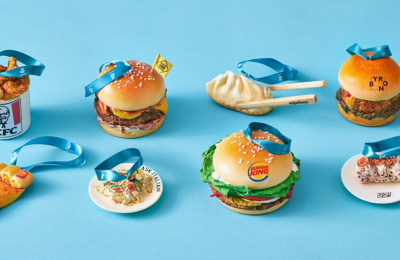 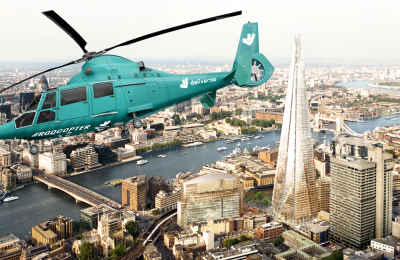