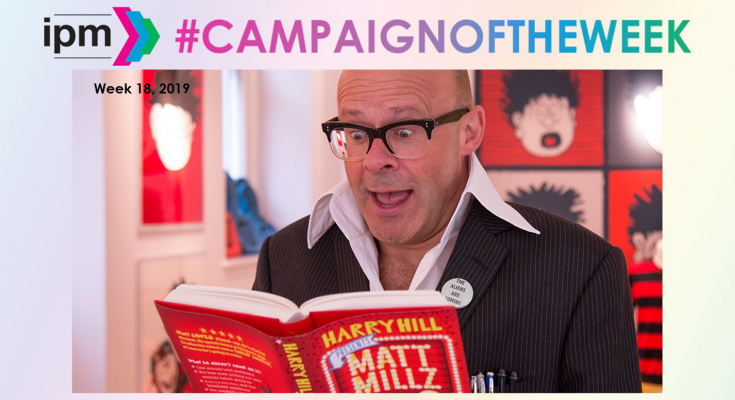 Campaign of the WeekNewsPrize promotion

Teachers up and down the country have until May 10th to put forward their class’ very best jokes, gags and funnies to be in with a chance of being crowned the winner.

The top ten jokes chosen by Harry Hill and Beano’s gag makers will appear on Beano.com with kids voting to decide who will be Britain’s funniest class. The winner and two runners-up will each receive a bundle of Beano annuals comic subscriptions and a special VIP Beano visit, including a joke workshop.

Primary school across the UK can submit their classes’ jokes up until 10th May 2019 online at https://schools.beano.com/

Last year the iconic TV presenter released his second book in the ‘Matt Millz’ series to inspire kids to start out in comedy. ‘Matt Millz Stands Up!’ tells the story of the youngest comedian in the world facing the fickle finger of fame.

Harry Hill said: “This competition is an incredible opportunity for British kids to release their inner-comedian and let loose their imaginations. It’s a great way for kids to show they know best when it comes to telling rib-tickling jokes and show the adults how it’s done.”

Mike Stirling, Editorial Director at Beano Studios, said: “At Beano we’ve been giggling with kids for 80 years and we are on a mission to spread their much needed humour across the UK. Jokes are meant to be silly, naughty and imaginative; they are also the perfect way of injecting some much needed LOLZ into the classroom whilst encouraging kids to develop their literacy skills. We’ve had some fantastic entries so far and we are looking forward to reading more of the best jokes from across the country.”

Classes can source further inspiration from Beano’s ‘Joke Generator’ which hosts 80 years’ worth of classic jokes at www.beano.com/jokes