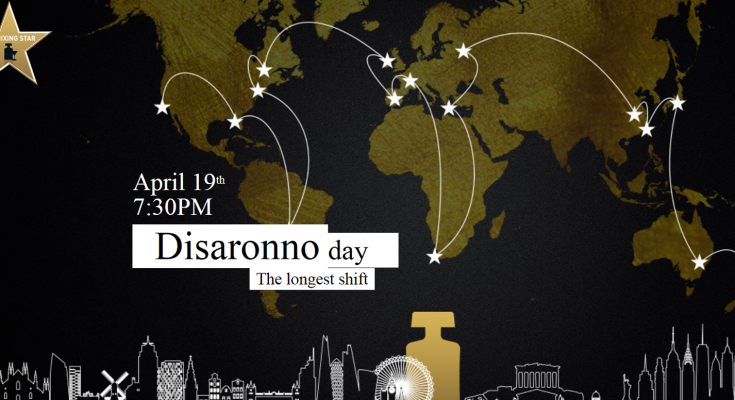 Bartenders around the world to celebrate Disaronno Day on 19th April

Apr 09, 2019experiential, NewsComments Off on Bartenders around the world to celebrate Disaronno Day on 19th April

Striking a balance between centuries-old tradition and a future-focused, innovative approach, Disaronno will be coordinating a 24-hour bar shift that will see bartenders and consumers raise a glass to Disaronno Day across the globe. From Auckland to Los Angeles, the event will be celebrated at 7.30pm in every time zone including cities as Shanghai, Moscow, Athens, Amsterdam, Brussels, Milan, Berlin, Madrid, London, Cape Town, New York and Montreal, with a full-on 24-hour bar shift.

Disaronno Day is also at home with Disaronno Neat or on the rocks to enjoy the different nuances that contribute to the uniqueness of this amber-coloured liqueur, which captivates and intrigues people who never tire of it.

Or with simple cocktails, which can also be made at home to share with others people, such as the super fresh Disaronno Sour or Disaronno Mule or the classic Disaronno Godfather.