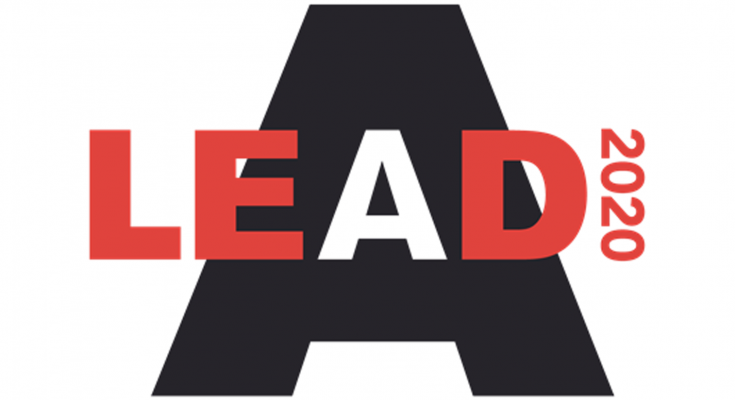 This year’s theme was The New Age of Responsibility, and the summit explored what this means for our industry via a series of expert presentations, interviews and panel discussions. As industry trade body members of the AA, the IPM was there to soak it all up.

The IPM’s Managing Director, Paul Cope, shares what happened and what it means for our industry…

Never afraid to address the big, important themes of the moment, LEAD2020 took on arguably the weightiest and most topical of them all – The New Age of Responsibility – at last week’s annual advertising industry summit, and asked: what does it mean, why is it important, and how on earth do we all get involved?

For the four hundred or so industry professionals in attendance (of which I was one), the Advertising Association had arranged 11 presentations, interviews and panel discussions over four hours, featuring 19 expert speakers from 16 organisations, to inform, discuss, and debate all aspects of the issue. Not to mention providing some insight and inspiration for how we can all make a difference.

Below is a summary of what went down – including links to key documents – followed by my own observations, musings and learnings… 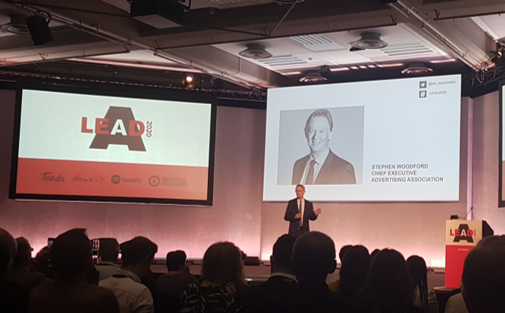 First on stage to welcome the room and set the scene for the morning was the AA’s Chief Executive, Stephen Woodford…

WELCOME FROM THE CHAIR 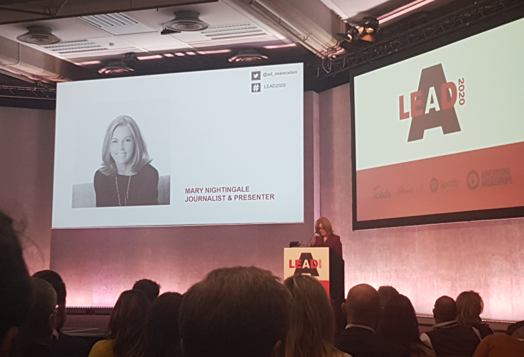 The MC and ruthless timekeeper for the morning was journalist and presenter, Mary Nightingale… 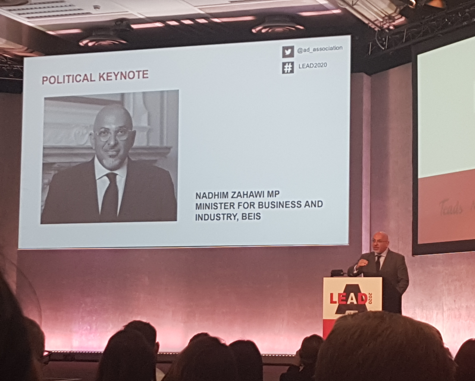 The summit’s first keynote speaker was Nadhim Zahawi MP, who challenged the UK advertising industry to “do even better”… 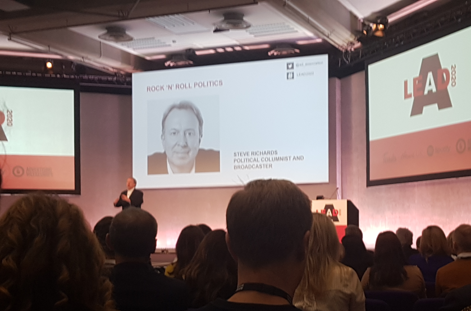 Next to the stage was broadcaster and columnist Steve Richards, who gave an irreverent, behind-the-scenes take on the current UK political landscape… 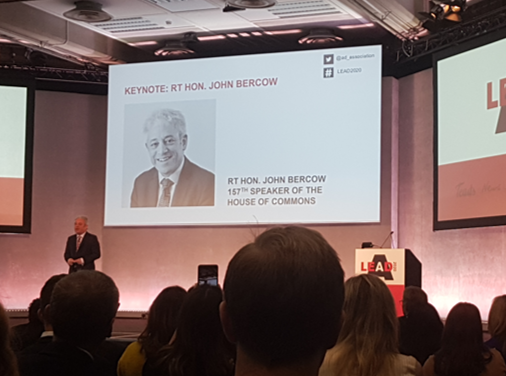 The fifth speaker of the morning, the Rt Hon John Bercow, proved to be a hugely entertaining storyteller, sharing anecdotes from the corridors of power and giving advice on implementing change…

TRUST OR BUST: WHAT’S NEXT?

For the first interview of the summit, the AA’s Keith Weed shared the stage with Ronan Harris from Google, and they discussed the declining public trust in advertising and the role of the Trust Working Group in addressing it… 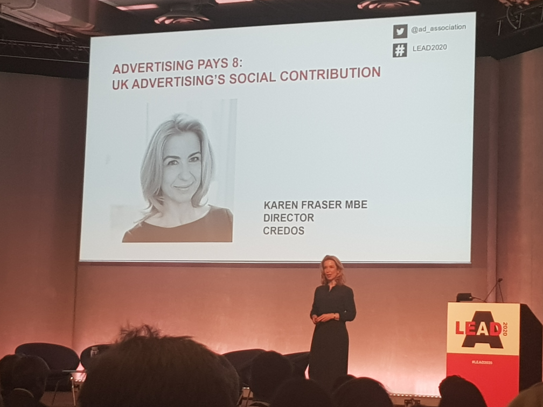 After a short break, Karen Fraser MBE ran through some of the key findings of the Advertising Pays 8 report, which seeks to help us understand advertising’s contribution to UK society… 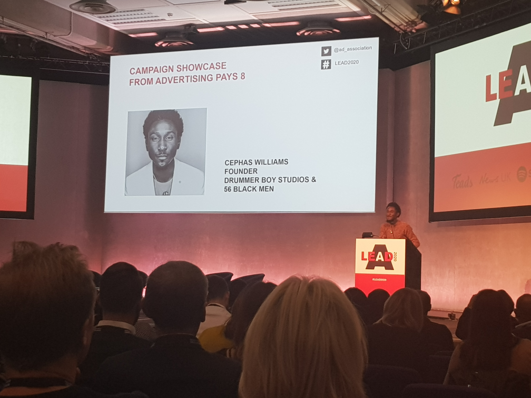 Next to the stage was the first of three campaign showcase presentations from Advertising Pays 8: the very engaging Cephas Williams taking us through the story behind 56 Black Men… 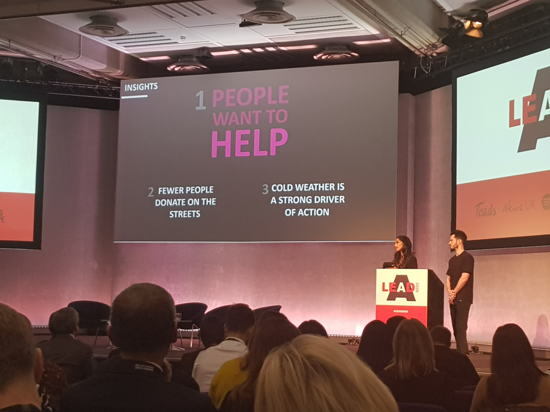 The second campaign showcase featured Puja Parmar from Mayor of London and Luke Walker of Weber Shandwick telling us about the Whatever the Weather, Homeless People Deserve Better campaign…

CAMPAIGN SHOWCASE 3: WE ARE THE NHS 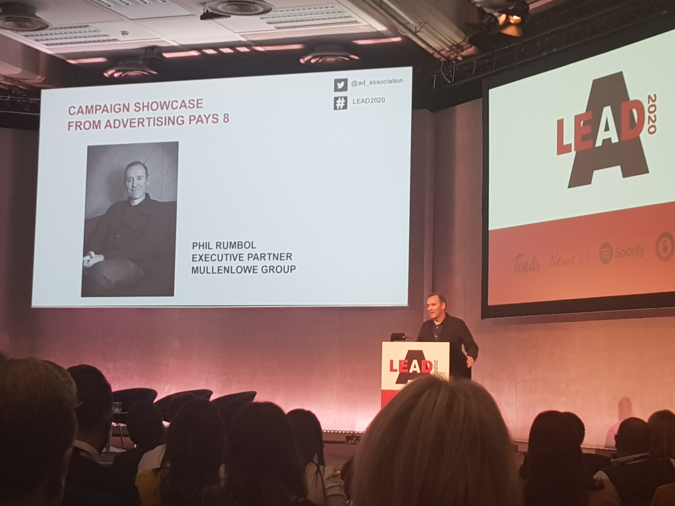 The third and final campaign showcase – We are the NHS – was presented by Phil Rumbol, who stood in for MullenLowe London’s Chief Strategy Officer, Jo Arden… 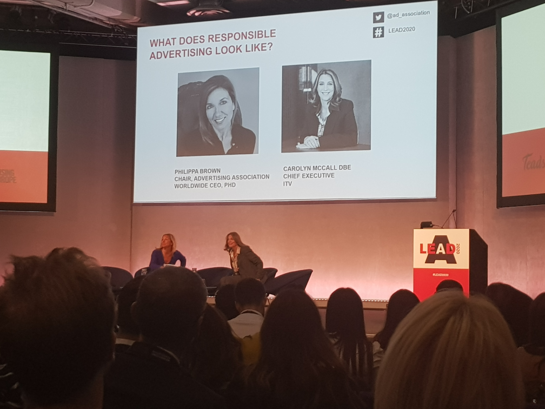 For the second interview session of the morning, PHD Global Chief Executive Philippa Brown spoke to Carolyn McCall DBE, Chief Executive of ITV, about what responsible advertising looks like… 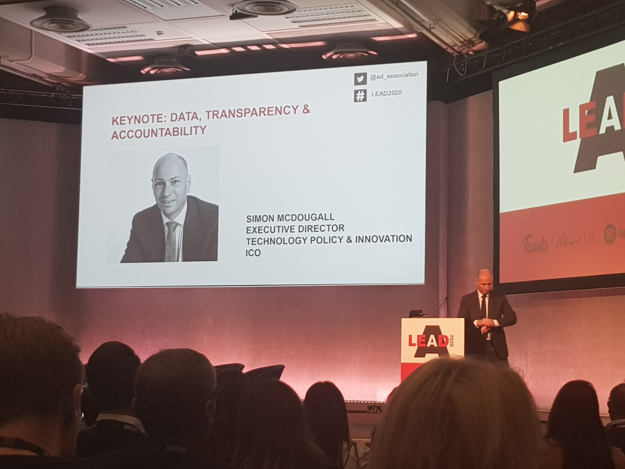 The final presentation of the summit came from Simon McDougall of the UK’s data police, the ICO, who explained his organisation’s expectations of good data management and what this means for advertisers… 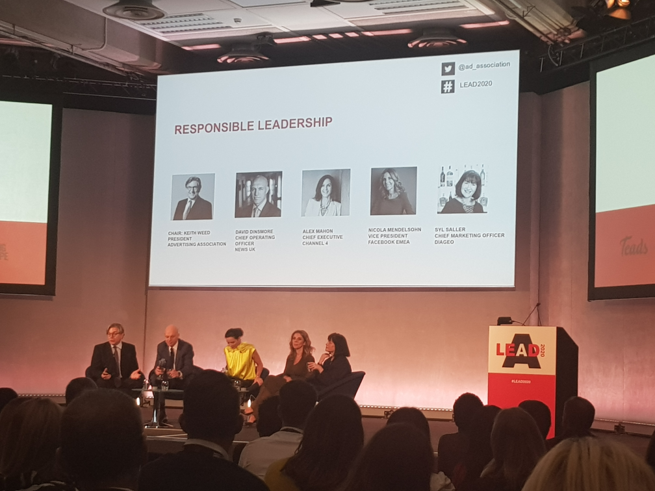 The final session of the event featured an all-star panel, chaired by the AA’s Keith Weed, discussing what it means to be one of UK advertising’s responsible leaders with the industry under increasing scrutiny from policy makers, the public and itself…

Woodford brought another superb LEAD summit to a close by reiterating that ‘trust’ and ‘responsibility’ are inter-linked, and that doing good is good for business. 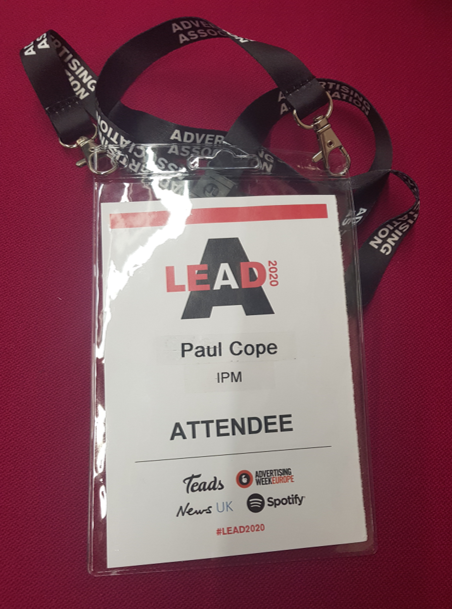 The Advertising Association’s annual LEAD event has a well-deserved reputation for delivering intelligent and insightful debate on the key issues facing the UK advertising industry, and how they overlap with the world of politics and policy-making… and 2020’s summit certainly maintained this exceptionally high standard.

This year, however, felt a little different. Even more important than usual. Indeed, the UK ad industry appears to be in the midst of something resembling a mini existential crisis. Let me explain…

We love what we do, and the general population often agree that occasionally they actually quite enjoy – and sometimes find useful – the fruits of our labour. We run businesses that, more often than not, exist to (help) sell more stuff, make more money, steal more share from the competition. It’s our MO. It feeds our entrepreneurial hunger and, when it goes well, it’s what gives us that quiet hum of satisfaction as we head home after another long day. So far, so business-as-usual.

But this alone won’t cut it anymore. The world has changed – is changing – at a pace so unprecedented that a two-week holiday can be enough to make you feel completely out of the loop. Long-overdue expectations of our industry around diversity, flexible working, mental well-being, authenticity, transparency are now front and centre. Much of the received wisdom no longer applies and operational models are constantly evolving. In our unstable, post-truth society, ‘trust’ is now our most valuable asset, and at a time when predictions of environmental Armageddon fill headlines daily, acting sustainably is non-negotiable. So how on earth do we balance all of this with our commercial instincts? What takes priority? How do we make it a credible part of everything we do?

The research is telling us that consumers believe advertisers have the power to be a positive force for social change. More than that, they expect it but don’t think we’re doing enough. We’re behind the curve and they’ve called us out. This is quite daunting news. They’re watching our every move, and any slip-ups or lame corporate fudging will be ruthlessly exposed in media we might own but they most definitely shape. Like any good piece of research, however, it’s delivered an uncomfortable but unambiguous truth – and one which is well within our power to address.

Which is why Responsibility (specifically, the moral obligation to implement meaningful, socially responsible action) is the keyword, the movement, the behaviour, which will define the relevance of our industry and its success (or otherwise) over the next decade.

It won’t just happen, of course. The changes needed are too profound for mere passive evolution to do the trick. No, this requires true leadership, the kind which makes change feel natural, aligns goals and empowers everyone involved to contribute proudly to the solution.

The Advertising Association, the IPM, the DMA and many other trade bodies are already doing some fine, important work informing and inspiring the industry on what great can look like, as well as providing initiatives to facilitate successful, responsible action. The IPM’s accreditation initiatives via their member Communities are just one example of this. The regulators (ASA, ICO etc), meanwhile, are working tirelessly to guide and support the good guys and identify and slap down the cowboys, and it’s essential we continue to embrace this process and respect the boundaries it sets. Also, many agencies and brands are doing some spectacular work promoting the good in society and taking it to a wider audience. But all this, vitally important foundations though they are, will only ever take us so far.

My main take-out from LEAD2020 then, is that for our industry to meet consumer expectations and influence true change, the kind of societal shift which points us towards a better future, as industry leaders (those who have the power, vision and inclination to make innovation happen) we must collectively embed Responsibility and responsible, informed decision making at the heart of our businesses. If we apply this without compromise, and reward all those who add value to this standard regardless of level…

If we truly value the greater good, refuse to accept lazy virtue signalling and throw out inauthentic, cynical brand ‘purpose’ wherever it appears in our businesses. If we demand best practice, honesty and collaboration from ourselves and our people, strive for and nurture talent-led workplace diversity and be accountable for our output and influence. All irrespective of the sector we happen to work in – charities of course, but also carbonated soft drinks, grocery retail, automotive, media, fast fashion, consumer tech, utilities, big pharma… and acknowledge that the number in the bottom right-hand corner of the balance sheet is just one metric of our success.

Perhaps then will we truly flourish and be able to herald a genuine New Age of Responsibility. It won’t be easy, but nothing worth doing ever is. Let’s make it happen.

Many thanks to the Advertising Association’s Sharon Lloyd Barnes, Commercial Director, and Phoebe Sallitt, Events Executive, for the ticket!