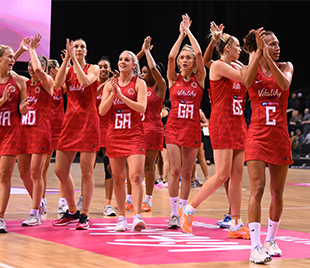 They will be the Official First Aid Supplier for the Vitality Roses; England’s senior netball team, as part of the partnership, and will be offering support to the governing body at both a grassroots and elite level.

The brand hopes the partnership will continue Elastoplast’s mission to heal and further encourage people of all ages across the country to get active, lead healthy lifestyles and get up again.

Joanne Sinclair, Commercial Director at England Netball, said: “Like in any sport, athletes and participants at a grassroots level can easily incur an injury, so to have an innovative and trusted brand like Elastoplast on board provides that peace of mind that our netballers want. We are delighted to welcome Elastoplast to the netball family, and to know they are on hand to help any athletes or participants with injuries. It’s an exciting time for Elastoplast to join us with the Vitality Netball World Cup just around the corner and netball being thrust into the limelight. We’re very much looking forward to working with their highly experienced team!”

Having won gold at last year’s Commonwealth Games, the Vitality Roses are gearing up to compete for gold once again at the Vitality Netball World Cup alongside the world’s best teams from 12th to 21st July 2019 in Liverpool.

Andrew Rawle, Pharmacy Director at Beiersdorf; the parent company of Elastoplast, said: “Elastoplast recognizes that life is not always smooth, but our mission is to help families across the country keep going, no matter what. For more than 125 years, we have offered expertise in wound care, and are dedicated to supporting people in their time of need, whether it’s treating injuries or muscular pain. England Netball is a team associated with unrivalled performance and ambition, and we are thrilled to be partners with such a likeminded team. We wish the Roses every success in Liverpool.”