Home industry IPM Dinner at the House of Lords – ‘Should Political Advertising be Regulated?’ 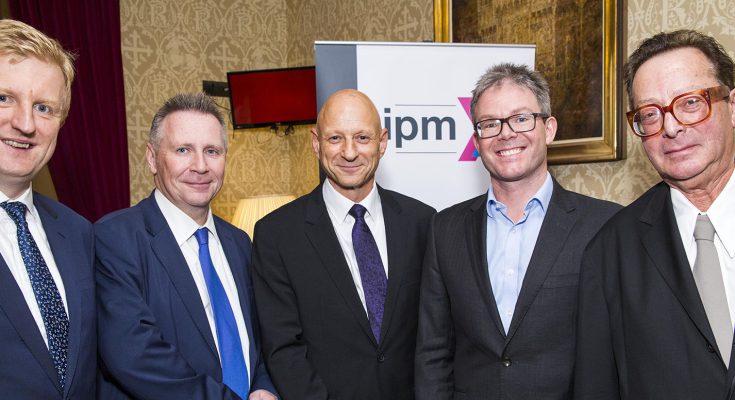 IPM Dinner at the House of Lords – ‘Should Political Advertising be Regulated?’

Graham Temple, Chairman of the IPM together with the IPM’s President Lord Black of Brentwood last night hosted a dinner at The House of Lords, attended by representatives of its membership and associated industry bodies including CAP/BCAP, The ASA and The AA to discuss the emotive topic of whether political advertising should be regulated and if so: how and by whom?

There isn’t any accountability or regulatory body similar to the ASA to check and approve political advertising in the same way that they check consumer messages. The truth is, that until Brexit, many of us didn’t know political advertising wasn’t regulated. There are no checks on claims and no sign-offs or independent bodies to verify information.

The CPS are currently considering a complaint that the Leave campaign misled voters during the EU referendum campaign with the claim that the EU was costing £350m a week and repeated this claim despite being ticked off by the UK Statistics Authority. Under UK electoral law “undue influence” is considered a corrupt practice. Ultimately it will be for Parliament to decide.

The IPM held a dinner at The House of Lords last night which was hosted by Graham Temple, IPM Chairman and Lord Black of Brentwood, President of the IPM and to discuss the views on the regulation of political advertising, or rather the lack of control and regulation “implied fact” based statements made by political parties.

Insightful contributions to the debate were provided by Guy Parker, ASA, Lord Saatchi and Oliver Dowden CBE MP, who delivered their address to the assembled IPM members at the House of Lords on the argument of whether this area of politics should be covered in the self-regulatory process in the way that all other advertising is subjected to such as ASA scrutiny.

With views expressed from all sides, including discussing the world of politics being a very different one to the world of businesses whose output is regulated on a day-to-day basis, many views were presented. Some argued that the political opinion has the right to decimate the opposition by whatever means possible but with the clear understanding that the world in Westminster is one that should be respected. With views that supported the need for clarity on facts, some opinion carried the motion of truth and honesty for a voting population that was swayed heavily by media.

The debate heard contributions from many guests and these were expertly stewarded by Lord Black. There was much discussion about the complexities of democratic argument in the overall political debate for the public but there was no doubting that there were equal strong arguments that brands face the same competitive indifferences but need to deal with this within a tight self-regulative system to protect the consumer from misleading claims.

Closing the debate, Lord Black commented that the important topic of regulation in political advertising had well and truly started.

Pictures from the event can be viewed here.